Involved in Bordeaux Grands Crus since 1892, Mähler-Besse very quickly developed a taste for exceptional whiskies. So, in 1976, Mähler-Besse became the exclusive distributor in France of Glenfarclas Single Highland Malt Whisky, a true Scottish Grand Cru Classé. Comforted by the success of this marvelous malt whisky, a few years later Mähler-Besse launched its own range of Scotch Whiskies by Mason’s. Mähler-Besse chooses from the whiskies of John Grant, owner of Glenfarclas, ones that will be sold under their own brand.

Mason’s therefore benefits from the distillation secrets transmitted by the Grant family, who have owned Glenfarclas for six generations. Thus, Mason’s instills their roots in the Highlands, those lofty rolling hills of Scotland. The Mason’s range offers a Blended Whisky and a Blended Malt Whisky, aged 8 years. Mähler-Besse distributes Mason’s exclusively to their traditional customers of wine merchants and gourmet grocers. 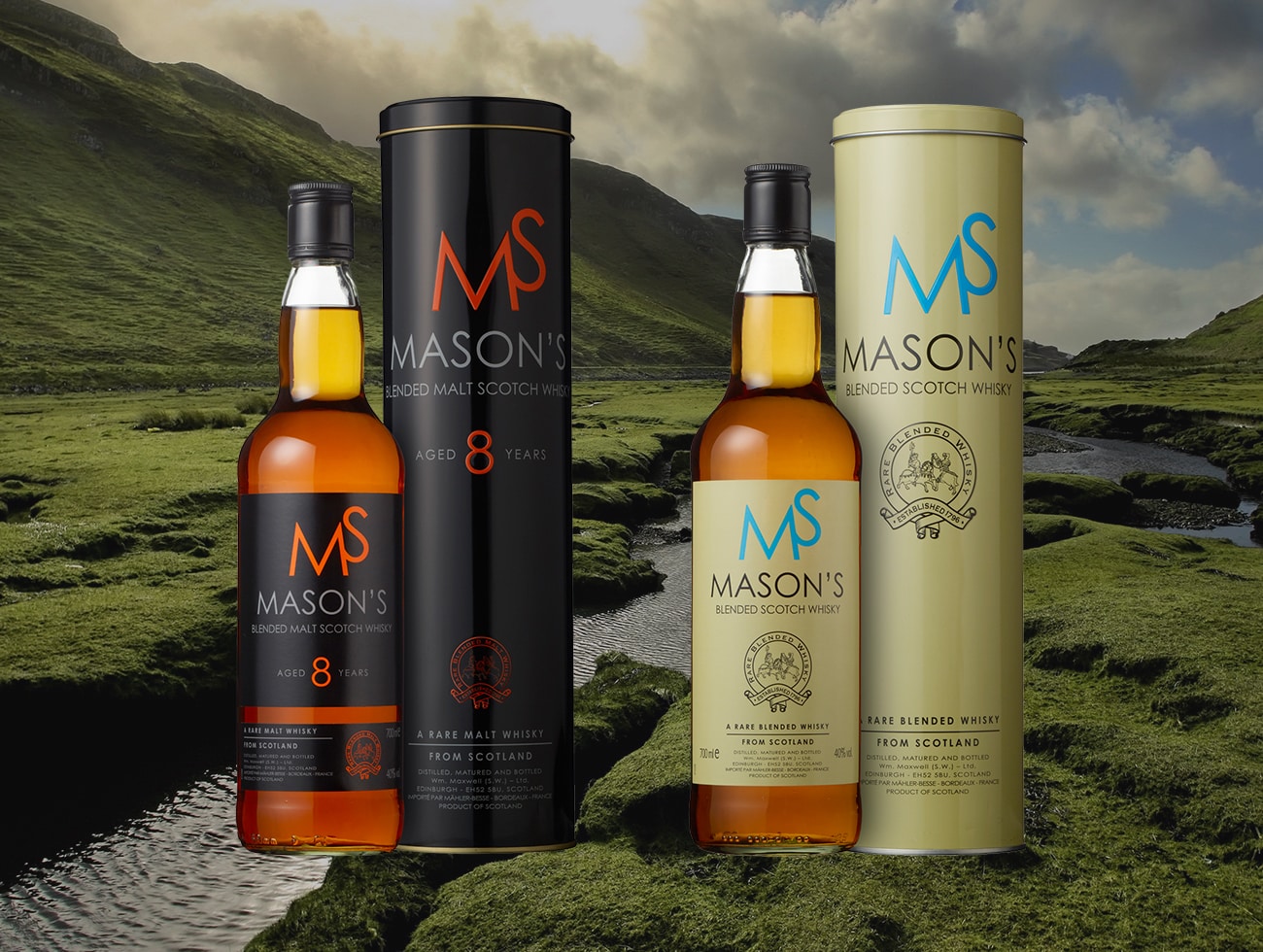